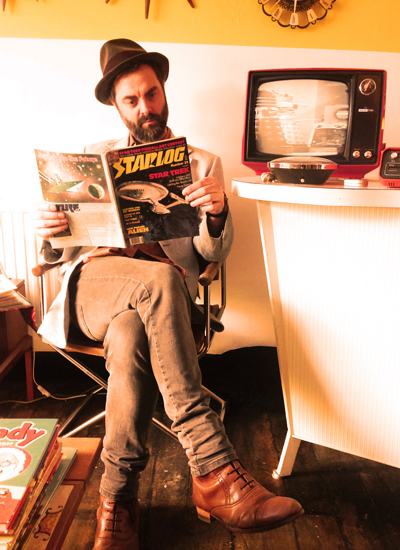 Fraser Anderson is a critically acclaimed Scottish singer, songwriter and guitarist who initially learned his trade performing as a touring vocalist with national institution Dougie MacLean. Fraser’s own record releases, in particular the recently reissued ‘Little Glass Box’, have been championed by the likes of Radio 2’s Bob Harris and Zoe Ball, we well as the leading acoustic based music shows across BBC Scotland, Ulster and Wales, with his music often being likened to Folk greats such as John Martyn and Joni Mitchell. Fraser has is signed with the German record label and distributor Membran and is set to record his fourth album, ‘Under the Cover of Lightness’ in Autumn. The strongest set of songs he has ever written (according to Fraser), and is hotly anticipated for release in early 2016.